Diver Inaki Aizpun was recently diving in Byron Bay, New South Wales, Australia, when he noticed a grey nurse shark with fishing net stuck in his mouth. Then, the diver did something only few would have the courage to do—he went straight to the shark and helped the shark.

The grey nurse shark nurse is the most endangered species in Australia.

Inaki successfully captured the rescue on camera. According to him, the shark would have faced a terrible, slow death if they had not removed the net from his mouth.

In the video, the beautiful images of Byron Bay are first shown. Then, the divers go beneath the water where they find the struggling shark.

Inaki and his fellow divers then immediately decide to save the shark. In the video, Inaki is seen trying his best to get the net out of the shark’s mouth.

The shark, naturally, doesn’t easily let Inaki help him but Inaki remains dedicated. Finally, in the end, Inaki successfully manages to pull the net out of the shark’s mouth carefully.

Then, he gives an “okay” sign to the camera, showing his victory.

Inaki said that the shark even thanked him by returning and making eye contact with him after that,

He said, “I was guiding a dive to some customers in Julian Rocks, Byron Bay when I saw a Grey Nurse Shark with a fishing net hanging out from its mouth. I tried to take it out of his mouth, and after a few tries, I was successful. It was a very dramatic and intense moment with a happy ending. Afterwards, the shark returned and made some eye contact with me as a way to say thanks.”

His heroic act has ever since gone viral on the internet, with several people responding and applauding him for his kindness and bravery.

Someone else said, “Well done! Save our oceans from plastic pollution!! We need to send plastic eating and recycling robotics into the ocean gyres to clean up the plastic mess we’ve dumped into the oceans. If the oceans die, we all die!!”

Thank god, Inaki was responsible and brave enough! Lord knows what fate the shark would have otherwise! 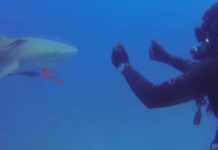 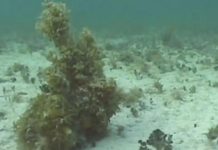 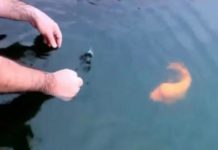 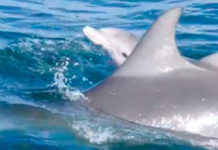 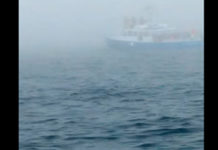 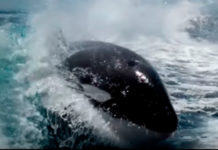