This 2-year-old dog was so protective of her human that she was even able to save her from a brutal assault.

Belfast Life was the agency to first report on the story.

Lola and her owner were on their way home one night in Co Antrim, Northern Ireland when a stranger grabbed the woman and covered her mouth.

He began to rip off her clothes with the other hand.

The man would probably have continued his vicious attack if it wasn’t for Lola.

Lola’s owner is a mother of three. She told Belfast Life that she did not see or hear the man prior to the attack.

She said that he pulled her hair with such force that she has lost some patches of it. She was sure she was about to die.

The man wasn’t bothered by Lola at first. He even said that the dog could “watch” what he was about to do.

The very next moment, Lola jumped at him and bit him on the arm.

The woman said that she when she let go of the leash Lola began to growl at the man. She got a good grip on his arm, and the attacker had to struggle to get her off.

As he struggled, he let go of the woman and then ran off. The woman then called her husband who immediately headed to the place they were at to search for the attacker.

Unfortunately, he had already disappeared.

The woman was very thankful that Lola was there with her.

She said that she is usually so gentle with her but that she obviously knew when she was in danger and needed help. 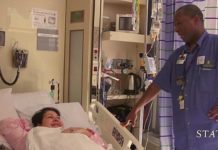 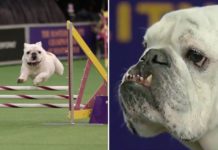 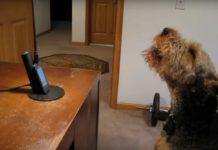