When we disagree with someone’s opinion or behaviors, we use our shared language to have a conversation or healthy/unhealthy argument. But what about animals? Apparently, not just intelligent creatures like apes and elephants, birds are also known to have arguments. (Recently even researchers discovered a pair of birds arguing about parental issues.) Especially, parrots are known to be very vocal when it comes to arguments and as they can imitate human language, it is obvious that they would use it as a tool in a discussion.

Take this video below for an instance! These two parrots are having an argument over something. At first it looks it is going smoothly, but seconds later it becomes intense and the parrot on the left even spreads his wings in aggression.

Watch this clip below. What do you think these parrots are arguing about? Let us know via comments! 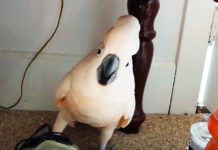 Human tells his parrot he has to go to the vet 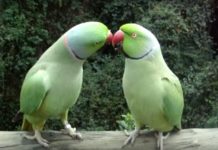 Parrot Was Having A “Talk” With A Parakeet 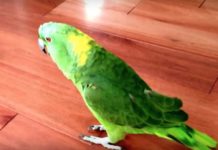 She Asked Einstein The Parrot If She Could Bark

The Parrot Sings A Song 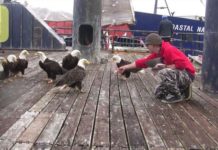 Fisherman Is Feeding A Flock Of Bald Eagles 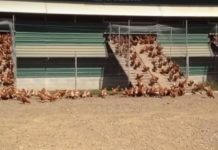