15-year-old Mitchell Miner took his cow Audri to the Iowa State Fair, hoping to come out with a win. While they didn’t take first prize in the youth dairy cattle show, they have since won the hearts of the nation.

The pair had spent the last two months together while preparing for the show, with Mitchell attending to Audri’s every need. He bathed, groomed, and walked her daily ahead of the competition, and the two grew quite close.

There was a lot of last minute preparation in the days leading up to the contest, leading to three days of 3am starts for the pair. Mitchell and Audri achieved an admirable fifth place in the cattle show but were understandably worn out afterwards.

The two of them went for a nap in a barn, and luckily Mitchell’s dad Jeremy was on hand to take the adorable snap. He shared it on Facebook, and soon it had gone viral.

Jeremy received comments from strangers, YouTubers, and thousands of others, and his post got more than 15,000 likes in one day. It seems that Mitchell and Audri’s hard work has paid off, as their viral picture truly shows the bond between them.

Mitchell doesn’t know how he and Audri grew so close, but his mother Laura thinks she’s got the answer. “I think it’s just when you spend that much time with them, they get really comfortable with you,” she told Des Moines Register. 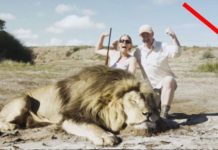 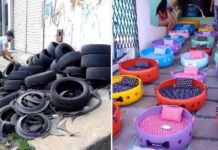 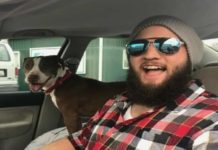